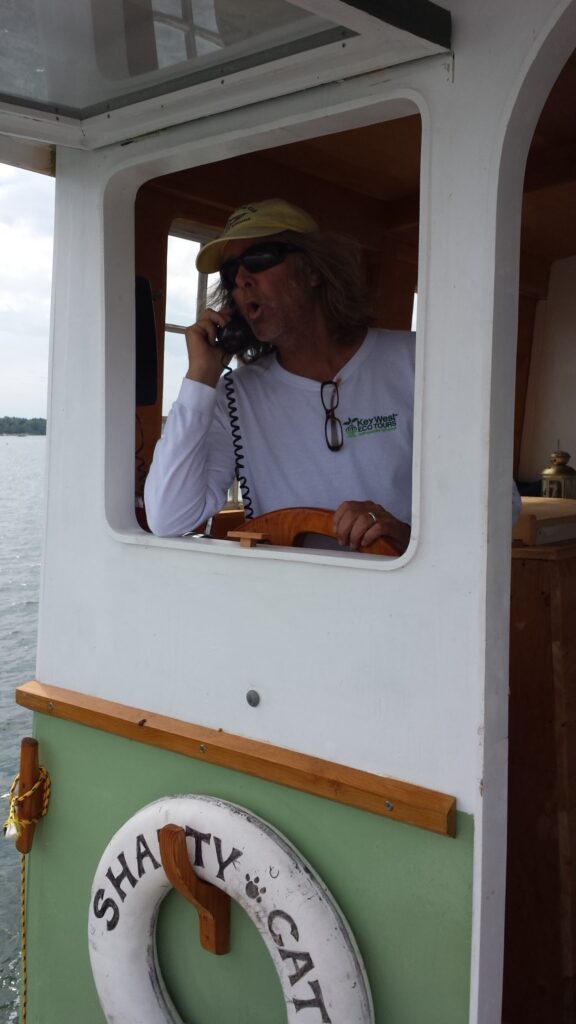 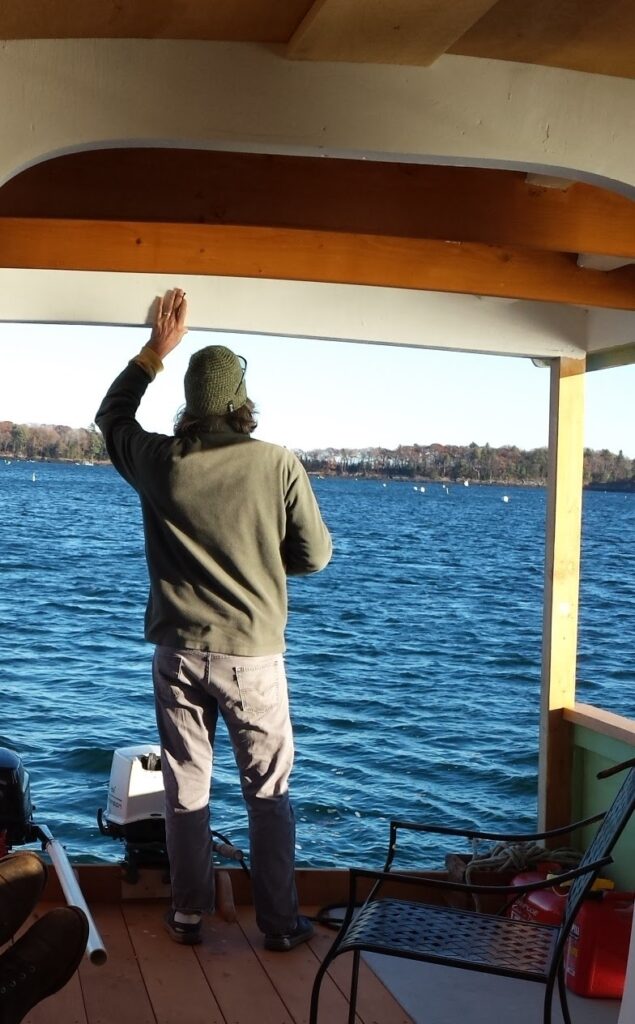 Rick is the creative genius behind ArtBoats and many exquisite floating creations. His diverse experience as boat designer, builder, and artist spans five decades. Born in Old Town, Maine, he jokingly claims he was birthed in a canoe. He grew up on the coast, and spent his younger years finding ways to spend time on Casco Bay. Seeing the variety of Maine-built vessels on the water led him to later find inspiration in traditional boat building. At 15, he designed and built his first boat, a small canoe. Since then, he has designed and built dozens of boats.

In the early 1990s, Rick moved to Key West, Florida and immersed himself in the creative community while he continued building boats and expanded his artistic endeavors. He became well known for the fun, often subtly profound, Fantasy Fest Parade floats he designed and built with Steve.

Rick was a pioneer of ecotourism in The Florida Keys. He purchased and rebuilt a sunken catamaran to use in his company, JavaCat Charters, where he offered sailing, kayaking and snorkeling. He found purpose in sharing his love of The Keys with visitors while encouraging minimal impact on the fragile ecosystem. Later, after selling his successful business, he leveraged that experience and environmental sensitivity by designing and building low impact liveaboards and houseboats.

Now, back in his home state of Maine, Rick continues his life’s work of designing and building boats. ArtBoats affords him the opportunity to utilize his technical expertise, artistic flair, and love of all things distinctive in custom houseboats. 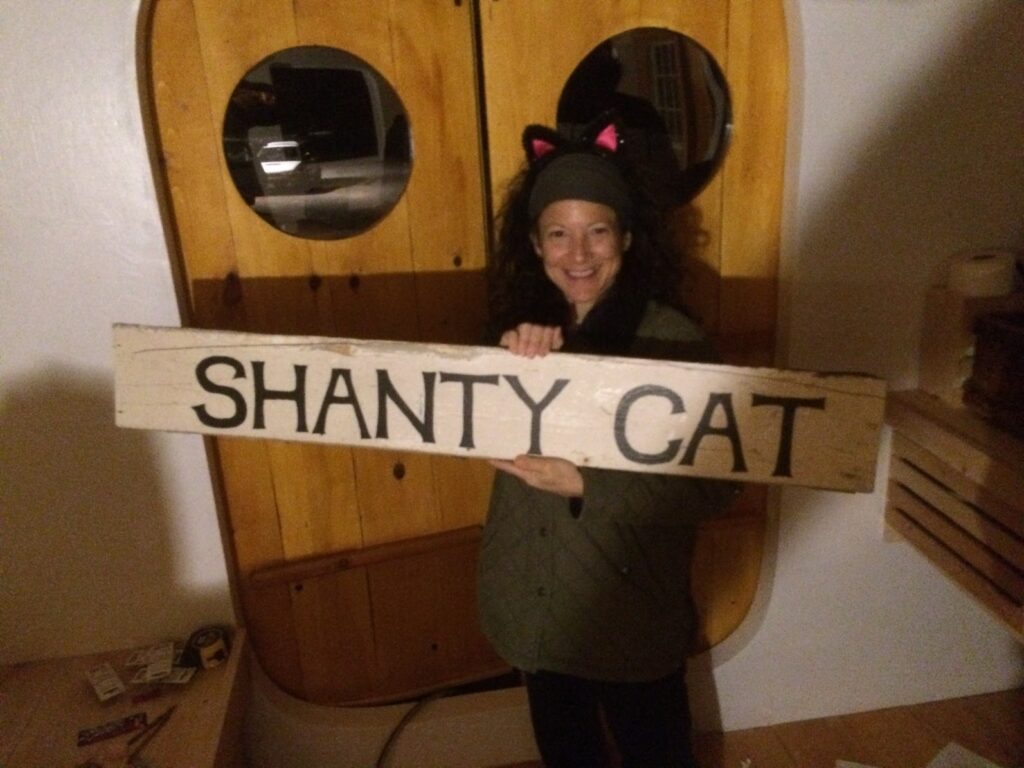 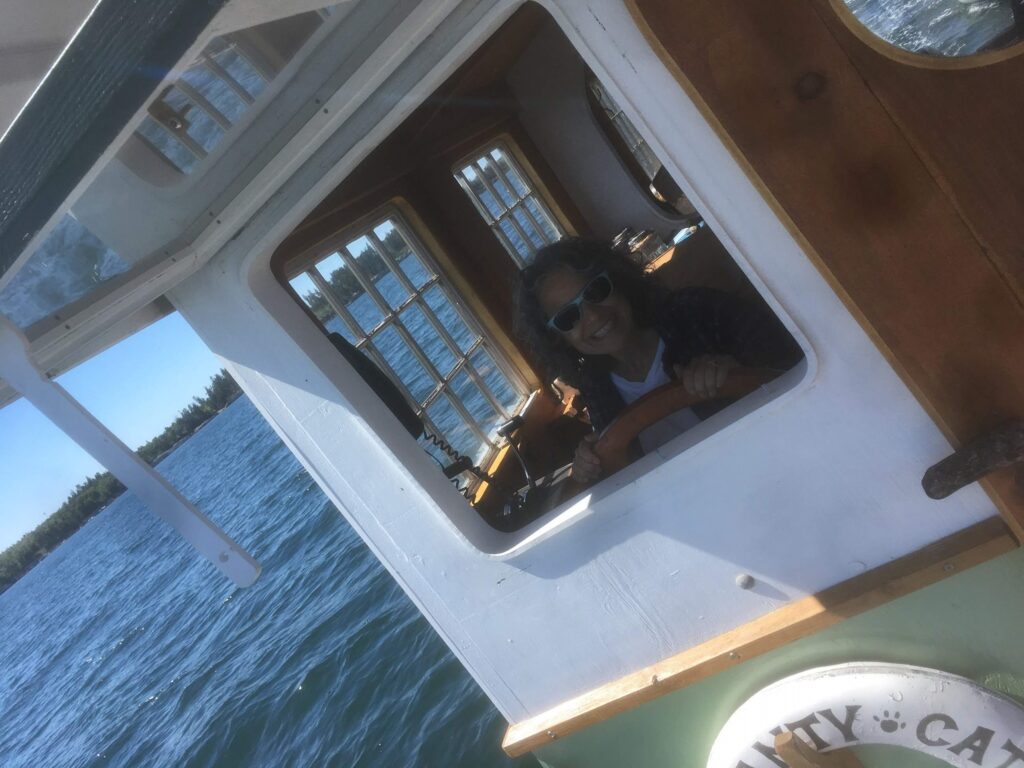 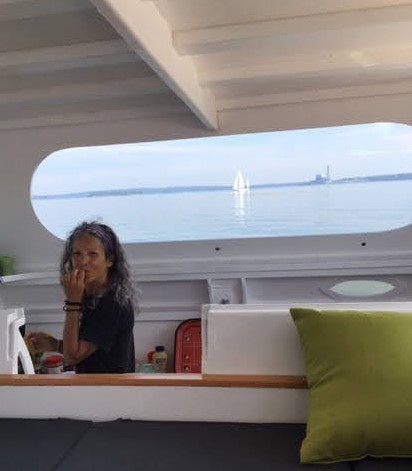 Sue is a boat builder, avid sailor, and devotee of all things nautical. She grew up watching her father restore vintage airplanes in rural Pennsylvania and learned to sail on the Chesapeake bay. Those experiences laid the path toward becoming an experienced boater and fed into her lifelong love of building and restoring boats.

In 2015 she moved to Key West and met Rick where they bonded over fiberglass and epoxy while building hulls for what would become DrakenKat. Two summers spent sailing the wondrous Maine Coast inspired them to relocate permanently to Rick’s home state of Maine.

Since moving to Maine in 2015, Sue has enthusiastically worked on each of her boats, but building Floating Camp Roam connected her with Rheanna in what turned out to be a life changing project. While creating a beautiful, unique houseboat, it transformed into floating art and a fulfilling experience, made all the more profound by the growing connection between Rick, Rheanna and herself. Thus was born ArtBoats! 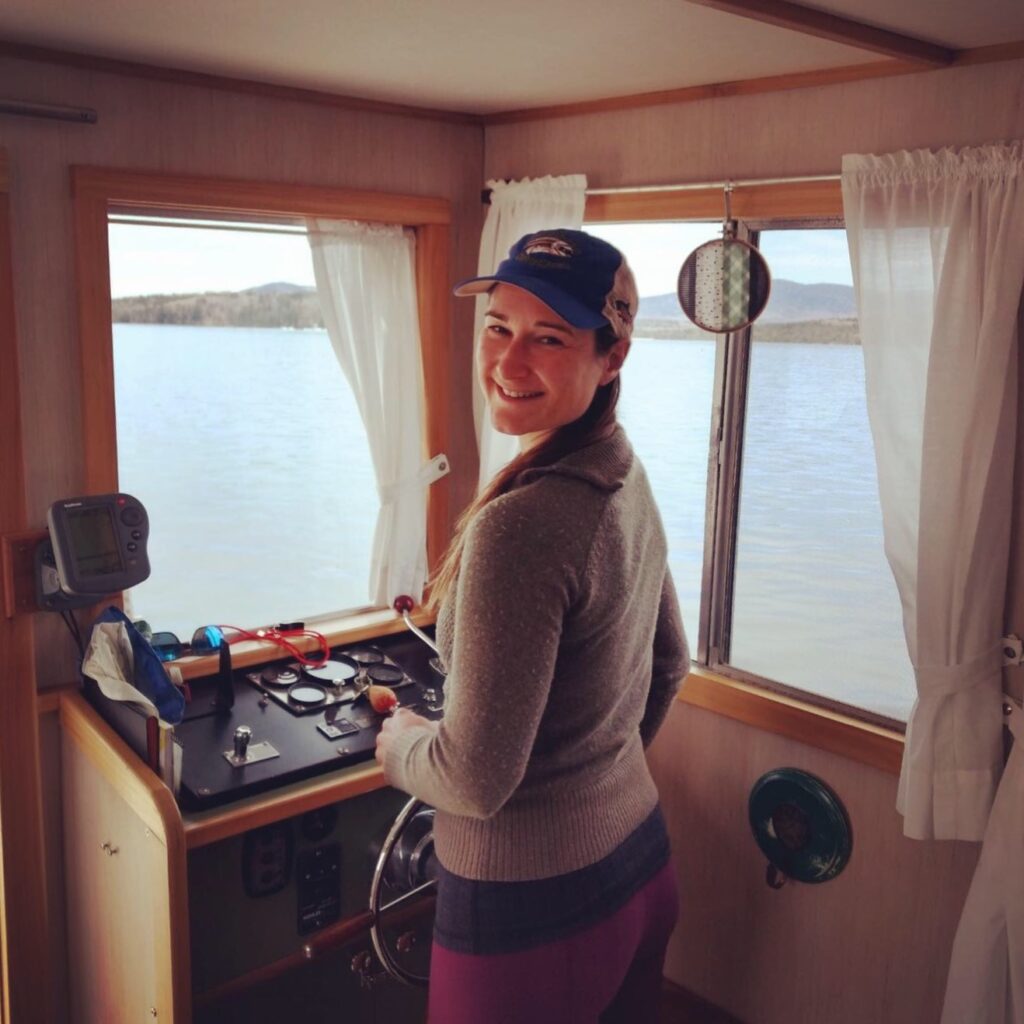 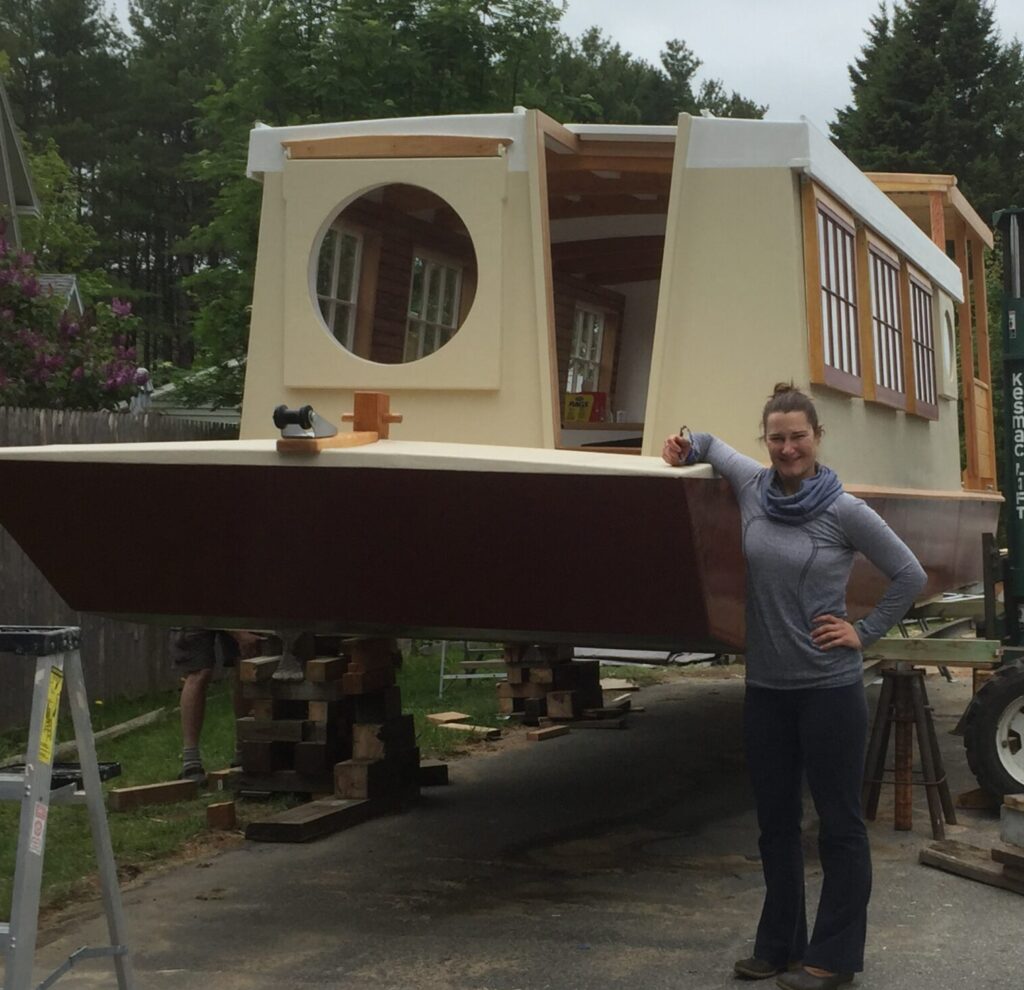 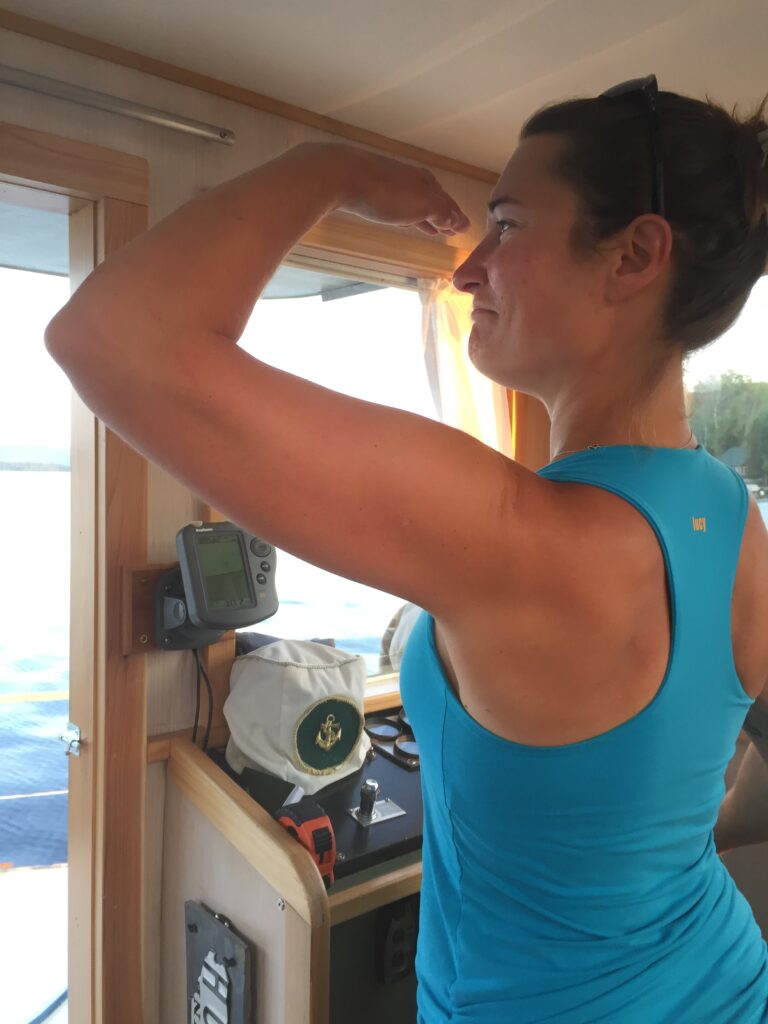 Rheanna’s life has gone through many iterations, from Naval Officer to yoga instructor to small business owner. She never stays in one place for too long but she’s forever finding herself returning to Maine. Growing up in a military family, and then joining the Navy herself, her life has been quite . . . ahem . . . nomadic, but Maine has always been her heart’s home port.

In the past, Rheanna has explored many ways to invite others to enjoy the state she loves. But with the creation of her houseboats, Nomad & Roam, she just knew she found something special that needed to be shared. Through a series of fortunate events, she joined forces with Rick & Sue to bring fellow nomadic souls the simple, elegant experience of drifting aboard a floating piece of art. 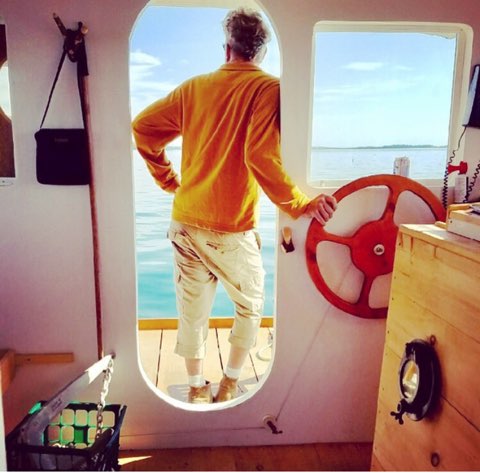 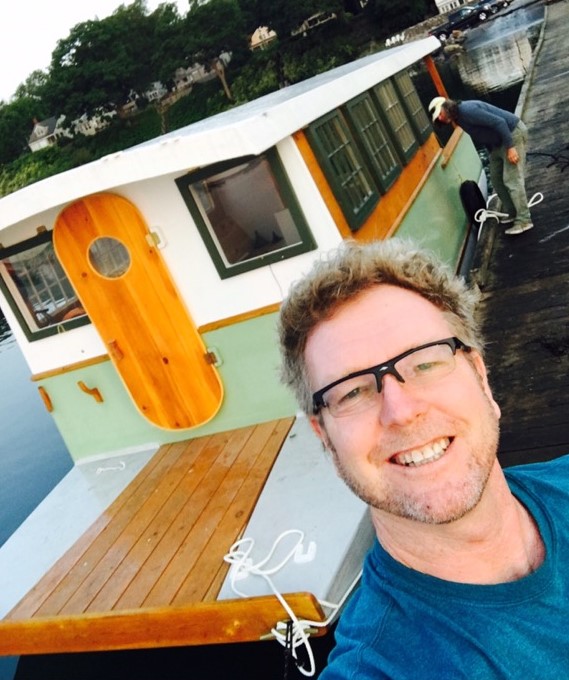 Steve is a boat builder and artist who calls both the Florida Keys and Casco Bay, Maine his home(s). Steve is originally from Bristol, England but moved to the Keys in 1986 where he immediately set about building his own custom 36 foot catamaran. Thus began his life living on the water. Even now, Steve can often be found cruising on one of his ArtBoats (if he’s not building one), or paddling one of his custom paddle boards around Casco Bay.

With a passion for wood working and inspired by unique island communities, boat building became a source of work-art and pleasure for Steve. After seeing a custom built boat towed through town some thirty years ago, he followed it to the boatyard where he met the builder, Rick Keith. Joined by a love of boat building and water living, they partnered to create countless custom ArtBoats and art projects over the years in both Key West and Maine. Their projects have ranged from beautiful custom houseboats to racing catamarans, always with an artistic flair and refined woodwork.